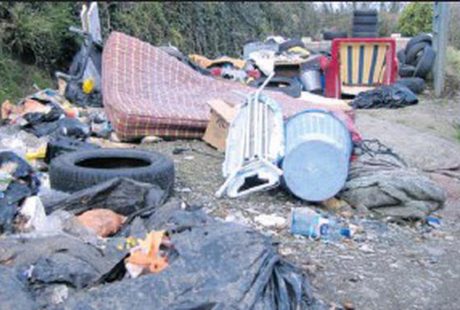 The state forestry company, Coillte, has kept an inventory of waste dumped in forests over the past few years. Shockingly, along with “black bin” litter found, many home items are being discarded as well. From washing machines and fridges to beds and sofas, people have gone through the effort of illegally dumping these items, when for the most part, they can be left for free at recycling centers.

Coillte has spent around €2 million over the last five years cleaning up these messes and will be putting up CCTV in frequent dumping grounds to try and alleviate the problem.

“Mick Power, national estates manager with Coillte, said while the vast majority of visitors to the forests respected their surroundings, illegal dumping and fly tipping was a serious issue. “There is a small number of people who make the public roads and entrances to our forests unsightly,” he said. “Some of the rubbish is foul smelling, attracts vermin and is a health and safety hazard for families, their children and their dogs.” He said the dumping damaged habitats and wildlife and there were concerns about pollution of soil, rivers and drinking water. Coillte said it took the issue extremely seriously and was working closely with the Gardai and local authority staff to pursue offenders and seek prosecutions”

Read more about this here.