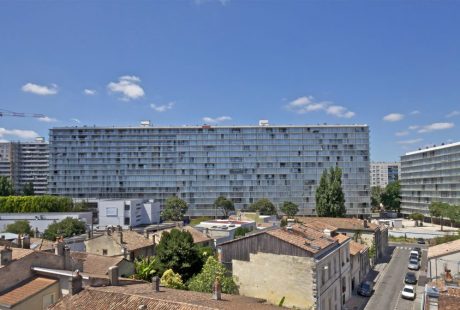 Architects Anne Lacaton & Jean-Philippe Vassal, founders of Lacaton & Vassal who are best known for their refurbishment and retrofitting work, have won the 2021 Pritzker Prize: the Oscars of the Architecture world.

The jury lauded the French architecture studio for their restorative architecture, which is a necessary circular economic strategy for reducing the carbon footprint of the construction industry.

“Not only have they defined an architectural approach that renews the legacy of modernism, but they have also proposed an adjusted definition of the very profession of architecture. The modernist hopes and dreams to improve the lives of many are reinvigorated through their work that responds to the climatic and ecological emergencies of our time, as well as social urgencies, particularly in the realm of urban housing.” said the jury.

The studio has carried out major renovations, including turning a former shipbuilding workshop into the FRAC Nord-Pas de Calais contemporary art gallery, and two major renovations of the Palais de Tokyo in Paris.

“Transformation is the opportunity of doing more and better with what is already existing. Demolishing is a decision of easiness and short term. It is a waste of many things – a waste of energy, a waste of material, and a waste of history. Moreover, it has a very negative social impact. For us, it is an act of violence.” said Lacaton

The Pritzker Prize is the architecture industry’s most significant achievement, honouring the work of a living architect. Last year the prize was awarded to Irish architects Yvonne Farrell and Shelley McNamara.

Read more about the significance of this win for the circular economy from architecture opinion writer Phineas Harper on Dezeen.