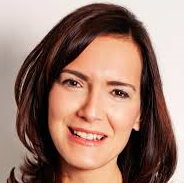 Professor Anna Davies, Chair of Geography, Environment & Society (Geography, Natural Sciences) FTCD, MRIA, Director of the Environmental Research Group and member of the Trinity Centre for Future Cities, has been appointed as the new Chairperson of the Board of Directors for The Rediscovery Centre, Ireland’s national centre for the circular economy, located in Ballymun, Dublin.

Anna said, ‘I am honoured to take up this important position within this inspiring organisation which is the epitome of action for sustainability and the circular economy. The Rediscovery Centre is at the forefront of innovation and action against the twin climate and biodiversity crises with a commitment to achieving the UN Sustainable Development Goals by 2030. This will be no easy task, as radical changes to the way we live are needed, but I am optimistic that policy is moving in the right direction and I’m excited to be able to support the Rediscovery Centre to achieve its goals.”

On the 11th March 2020, the European Union adopted its new circular economy action plan (CEAP). The plan recognises the need for accelerated transitions towards a regenerative growth model that gives back to the planet and keeps resource consumption within planetary boundaries. The Government of Ireland’s subsequent approval in June 2021 of  the national Circular Economy Bill focuses on implementing a circular economy, commits the Government to a “more ambitious, transformative approach to production and consumption to achieve a systemically circular economy” – Minister for the Environment, Climate and Communications, Eamon Ryan TD.

Operationalising a circular economy is much more than waste management, it will require creative, people-centred thinking to ensure the aspirations of plans at national and international level move from rhetoric to reality. This is where The Rediscovery Centre leads by example, acting as a demonstration centre for developing and implementing innovative practices of sustainable production and consumption, from design to disposal.

“Anna will play a critical role at The Rediscovery Centre in cultivating connections, ideas and resources to support greener low-carbon living. From a Trinity Community perspective, her work will further a core goal of the College’s commitment to deeper civic engagement and a Climate-first Trinity.”